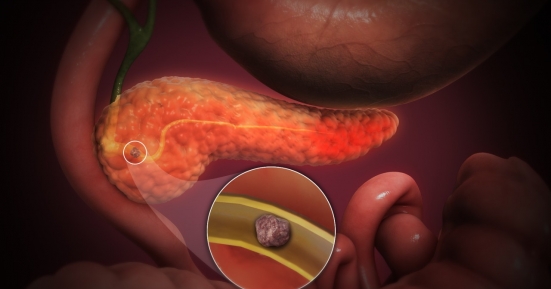 Pancreatic stone protein (PSP) is a biomarker that is rapidly gaining momentum for the early detection of sepsis. It’s a small 16 kDa protein which is mainly produced and stored in the pancreas. Previous studies have shown that PSP rapidly increases in blood during the progression of an infection towards a life-threatening sepsis [1-3]. While the pathophysiological mechanisms behind this process are only partially understood [4-5], Reding et al., demonstrated in 2017 that the vast majority of PSP is produced in the pancreas, and passively released into the bloodstream under normal physiological conditions [4]. Consequently, it is tempting to hypothesize that upon severe inflammation of the pancreas, substantial amounts of PSP might be released into the bloodstream. A potential role for PSP to predict the severity of acute pancreatitis upon hospital admission and to provide early stratification of patients however, had never been studied until now.

What was the aim of the study?

Rodríguez and the team at the Clinical Laboratory of the Hospital Universitario Santa Lucía, Cartagena, Spain, collected samples from over 250 adult patients presenting to the emergency department (ED) with suspicion of acute pancreatitis, with the aim of evaluating PSP as a biomarker to predict acute pancreatitis severity, and to compare this with the severity scores and biomarkers that are used today [6].

What are the key results and evidence that this study provides?

The PSP biomarker was found to be the most accurate approach at predicting the severity of acute pancreatitis upon ED admission, with a diagnostic accuracy of 83%.

PSP outperformed current cumbersome scoring systems that combine both clinical and analytical findings (such as the Bedside Index for Severity in Acute Pancreatitis, or BISAP score) enabling the early stratification of patients according to disease severity. PSP also markedly outperformed C-reactive protein (CRP) and procalcitonin (PCT) for predicting disease severity, and when combined with urea in a ‘biomarker model’, the diagnostic accuracy increased further to 84%.

What are the implications of this study?

Swift identification of severe acute pancreatitis within the first 24 hours of hospital admission is key to initiating intensive treatment and preventing death. Pending, of course, confirmation of these results in larger cohorts and studies, PSP can enable the early stratification of patients according to disease severity, thus enabling earlier and more aggressive management for those who need it.

Notably, since the PSP biomarker is currently intended for use in the early identification of sepsis in critically ill adults [3], this study highlights that PSP levels in blood are abnormally high in all patients with acute pancreatitis, and mostly above the threshold for diagnosing sepsis (200 ng/ml). Thus, patients presenting to ICU with elevated PSP levels combined with a suspicion of acute pancreatitis, could indeed be considered to have a differential diagnosis of severe acute pancreatitis.